Nicknamed 'Mathematical' for his exquisite skills, pace and accuracy in front of goal, Nigeria's Segun Odegbami is one of Africa's all-time greats.

Born in Lagos but brought up in the northern city of Jos, the right winger rose to fame with IICC Shooting Stars of Ibadan (now known as 3SC of Ibadan).

Odegbami was a part of the club's golden era and played a key role when they became the first Nigerian outfit to win a continental title - the 1976 African Cup Winners Cup.After some brilliant performances with Shooting Stars he got his first cap for the Green Eagles (as the national team was known then) against Sierra Leone on 16 October 1976. 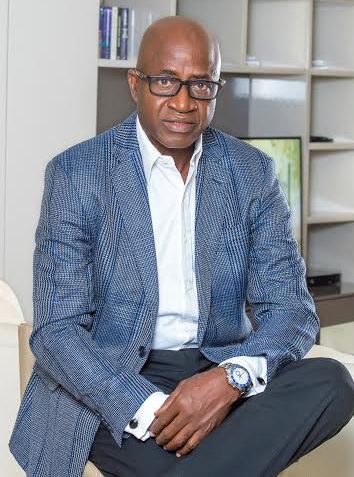 Apart from Odegbami, the side also included Nigerian former Super Eagle coach Christian Chukwu and was expected to make a strong showing at the 1976 Olympics in Montreal.

But a mass boycott by African countries, in protest against white-ruled South Africa's presence in the Canadian city, put paid to those lofty ambitions.Another major disappointment in Odegbami's international career was his failure to go to the World Cup finals in Argentina two years later.

The Green Eagles needed a draw in their final match against arch-rivals Tunisia in Lagos, but an own goal by Godwin Odiye shattered his dreams of playing against some of the world's best.

Fortunately, Nigeria's qualification for the Nations Cup finals in Ghana gave Odegbami the exposure his talent so richly deserved.

His three goals in the tournament led Nigeria to a bronze medal and gave him third place in the African Footballer of the Year poll. Club successes with Shooting Stars continued thereafter, winning the Nigerian FA Cup in 1979 and a league title in 1980.

But his greatest moment came in 1980 when he inspired Nigeria to a first ever African Nations Cup title.

His two goals in the 3-0 victory over Algeria in the final went a long way towards earning him the Eagles captaincy and second place to Cameroon's Jean-Manga Onguene in the 1980 African Footballer of the Year race.

Nigeria's appearance at the 1980 Olympic football tournament in Moscow was Odegbami's first major assignment as captain.

But it was far from a happy experience, as the African Champions failed to win a single match.He had no luck either in the African qualifiers for the 1982 World Cup, as the Eagles lost out to Algeria.

Odegbami played his last game for Nigeria on 30 October 1981 but went on with his club career for another three years.That eventually ended with Shooting Stars' loss to Zamalek in the final of the 1984 Champions Clubs Cup (now known as the Champions League).

After calling time on a fairly successful career, he became an author, journalist and respected football commentator.

But it is as chairman of Nigeria's 2010 World Cup bid that Odegbami faces his greatest challenge.