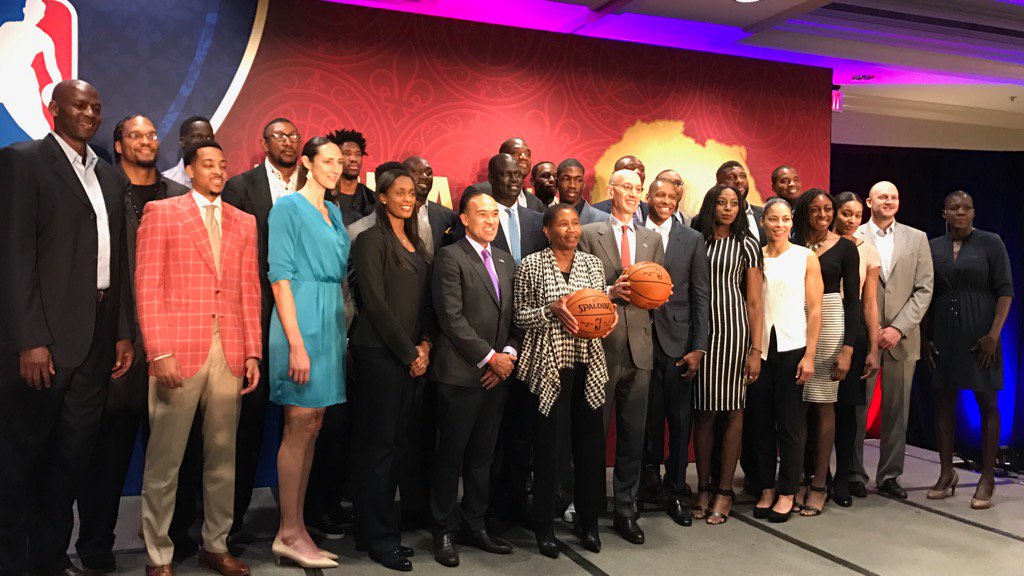 “Basketball is witnessing explosive growth in Africa,” Silver said in a statement. “Our return to Johannesburg this summer is part of the league’s continued commitment to bring the authentic NBA experience to fans around the world.”

The game, which will take place following the 15th edition of Basketball without Borders Africa, will once again feature a Team Africa vs. Team World format and will be played in support of UNICEF, the Nelson Mandela Foundation and SOS Children’s Villages South Africa.

Biyombo, the seventh overall pick in the 2011 NBA Draft and a member of Team Africa in NBA Africa Game 2015, will join 2015-16 NBA All-Rookie Second Team member Mudiay on Team Africa. McCollum, the 2015-16 Kia NBA Most Improved Player, will play for Team World

The NBA Africa Game 2015 was a sold out, the first NBA game on the continent, took place Aug. 1, 2015 at Ellis Park Arena in Johannesburg.

Africa salute this great LEGENDS who are giving back to the continent and doing us proud.