The vision for the event is to celebrate our African heroes who have excelled in their chosen career in sport. We strongly believe its only Africans that can truly celebrate the true heroes that are emerging from this great continent. Our vision is to bring together the best in African sport (current/old generation of sportsmen/women along with the people that guided and helped shaped their career before they became an household name). This wonderful people will come together under one roof and be celebrated by being given awards (plague and money). The member of the general public will nominate this set of people and the distinguish member of press from different sub region of Africa will nominate/select the (Sport Personality) with the highest number of votes for the award. We intend to host this event yearly on a rotational basis in the four region of the Africa continent.

Our mission is to acknowledge, appreciate and celebrate the outstanding performance of our sporting heroes by giving rewarding them with awards. We intend to go into nooks and crannies of African continent and say thank you to those who have brought glory to the continent. Those who have made Africans proud in the diasporas. 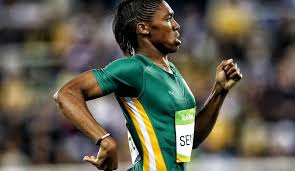 Email- This email address is being protected from spambots. You need JavaScript enabled to view it.

Watch Our Events on Vimeo

Add Us to Your Circle On Google Plus

African Sports Africa (ASPA) is an entertainment/sports events management outfit based in Manchester, United Kingdom and Lagos, Nigeria. The company specialises in organising mainstream events targeted at a wide range of people from diverse cultures and social settings. We provide support services to a number of events such as sporting shows, fashion events, concerts and general meetings. We originally started operations in 1998 as a group of young men and women in Lagos, Nigeria. 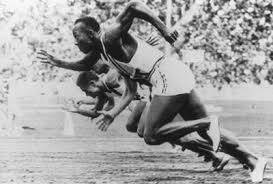 African Sports Award (ASPA)is an entertainment/sports events management outfit based in Manchester, United Kingdom and Lagos, Nigeria. The company specialises in organising mainstream events targeted at a wide range of people from diverse cultures and social settings. We provide shows and seminars support services to a number of events such as sporting shows, fashion events, concerts and general meetings. We originally started operations as a group of young undergraduates in 1998 in Lagos Nigeria organising campus events at University of Lagos, University of Ibadan, Ogun-State Polytechnic, and Ibadan Polytechnic. These events were mostly cultural shows, fashion shows and serminars.

The country was absent from international competition for 32 years as a result of international sporting sanctions imposed because of South Africa’s apartheid policy.

The achievement of sports in Africa cannot be compared to the achievements of sports in the other continent. Africa is always on the last rung of the ladder. Sports development and sponsorship have been a far cry to what other athletes from other continents enjoy. Most African countries/governments have relegated the sporting and recreation industry to the background, while discountenancing the economical potentials in sport development and promotion. In actual fact, some European clubs are getting a yearly financial budget that most African sport parastatals/ministries cannot be given in a year. The morale and psychological effects take toil on our indigenous sportsmen and women, hence the perennial defection we witness. Since the inception of Olympics in 1904, statistics has shown that African continent is relegated to the very last on the medal table. Up till the last 2012 Olympic in London, African Medals only total 489, with 167 Gold, 153 Silver, and 169 respectively. However, a careful perusal of sportsmen and women who lace boot and sprint in tracks in/for Europe, Americas and Caribbean are either from Africa or of African descent. It is good enough to look at the immediate and remote causes of this setback, the more reason we, in Africa Sports Promotion Agency, seek both short-term and long-term improvement of sports in Africa by stepping out to confront the major challenge in sports promotion and its several fallouts in Africa, our noble continent.